Last summer was my first time in Paris, and this year I was lucky enough to go again. I’ve experienced the sunny skies and warm summer nights and I’ve trekked the cobblestone roads in the brisk fog and cool rain. Normally I like to keep my adventures in order, but since I spent a week last summer traveling with friends and a week this fall on my own, I’ve combined my travel narratives. So without further ado, here are my Parisian travels.

After a short and sweet flight from Nice to Paris, my friends and I headed to Hôtel Crayon. We discovered this precious boutique hotel online and it exceeded my expectations. I won’t go in great detail, but I highly recommend staying there! Anyway, after relaxing for a moment, we all got ready and headed out for the night. It was Brittany’s birthday, so we bought tickets for The Moulin Rouge and we went all out for our first night in Paris. Burlesque meets Cirque du Soleil, The Moulin Rouge was unlike anything I had ever seen. I may have snuck a few photos, but they definitely don’t even do justice to the performance. We shared bottles of champagne and absolutely loved every moment of it. 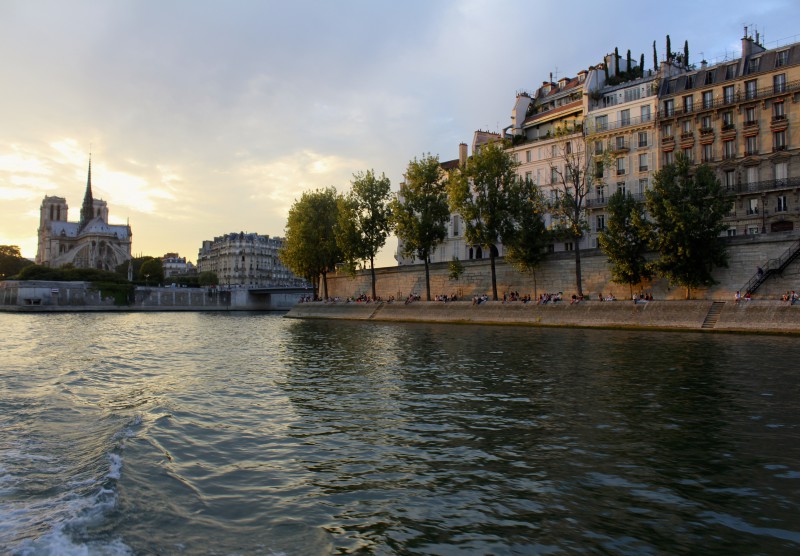 Throughout the week we continued to make our way across the city, we climbed the Tour Eiffel during the day for the perfect view of Paris and then sat beneath with a bottle of vin and watched the tower sparkle at night. We spent countless hours in the Lourve and Musée d’Orsay. We passed by Notre-Dame de Paris on our way to the Jardin du Luxembourg. Of course, stopping for Crêpes every step of the way. We cruised down the siene at sunset after locking our friendship on the lock bridge. We strolled up and down Avenue des Champs-Élysées all the way to The Arc de Triomphe de l’Étoile. We went to the Catacombes de Paris and trekked the creepy halls of human remains. It was an extremely busy and packed week, but I loved every moment of it. My friends left a day before me to head back to Los Angeles, so I spent my last day in Paris with some locals that I had met earlier that week at Le Visionnaire. It was warm and sunny all week, but then it randomly started pouring rain on my last day. Ridiculously excited, I ran all around the third arrondissement in the rain before meeting up with my Parisian friends. Together we went to a local movie theatre (Hollywood films in Europe are typically shown in English) and just relaxed before my long-haul back home. 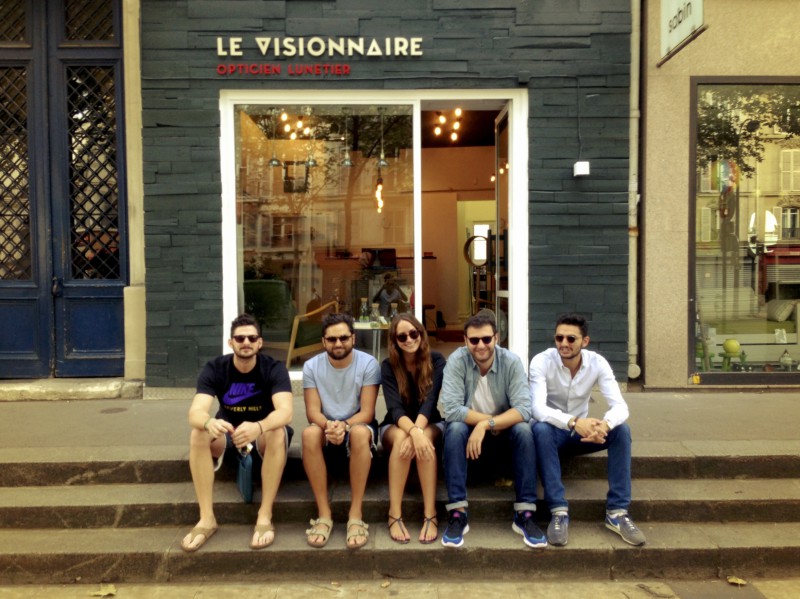 Fast forward to this year when I returned on my own, I arrived from Berlin in the pouring rain and bolted to my hostel. This was my first time traveling alone and my first time staying in a hostel, so I was nervous to say the least. I checked in at nearly midnight, so I quickly went to sleep for a big week ahead. The next day, I met up with a friend in the city for lunch and really funky / awesome vintage shopping. It’s always refreshing meeting up with locals in foreign countries, even if majority of the world speaks English, it’s just nice walking with someone who knows the city and speaks the language fluently. Later that night, I met up with a friend from back home who happened to be in Paris as well, I met him at a crowded bar and we drank while swapping stories with some really bizarre travelers.

The next day the two of us went to Père Lachaise Cemetery, we visited Jim Morrison, Chopin, Oscar Wilde, Victor Noir, Pierre Abélard & Héloïse d’Argenteuil, and many more. Although walking through a cemetery was a bit eerie, it was peaceful and unexpectedly beautiful. Afterwards, I ran over to the trendy underground bar, Lockwood for a reunion and birthday cocktails with my Parisian friends (Joyeux Anniversaire, Alex!). We shared some laughs and delicious drinks while « Two Beards, One Playlist » spun. The next day, I checked out Lockwoods ground level cafe, a hipster dream with great food and artsy coffee. I buckled down and put a few hours of work in (what’s funding all of these adventures) and had a mellow evening. The rest of the week flew by way too quickly, I continued to explore the city and repeated some touristic traditions. Honestly, drinking a bottle of Bordeaux under the Tour Eiffel is always a major highlight of Paris. 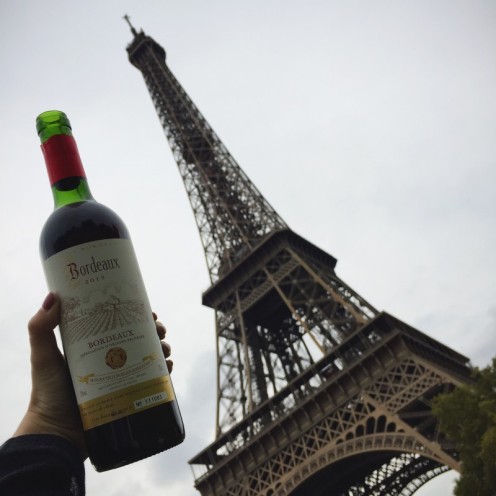 Before I left France, I had to make a day trip Château de Versailles. I took a train to Versailles and met some really awesome Americans within minutes of walking in the Jardins du Château de Versailles. We ended up spending the whole day together weaving in and out of the mazes of greenery, covering every major historical destination, and then some. We ended the day by watching the Musical Fountain Show at Le Bassin de Neptune, which wasn’t as climactic as Bellagio’s Fountain Show in Vegas, but it was still really neat. For my last day in Paris, I hung out with some new Australian friends from the hostel. We ran around town and crammed in some last minute adventures. We grabbed lunch at a cute cafe before stopping by Dôme des Invalides, which was, umm, interesting? The massive structure was a major overcompensation to perfectly mirror Napoleon Bonaparte’s personality. Then again, I wouldn’t have expected anything else. Afterwards, we stopped by Ladurée on Avenue des Champs-Élysées for some french macarons before a bittersweet farewell as I rushed to the airport to head to Prague! Au revoir Paris!