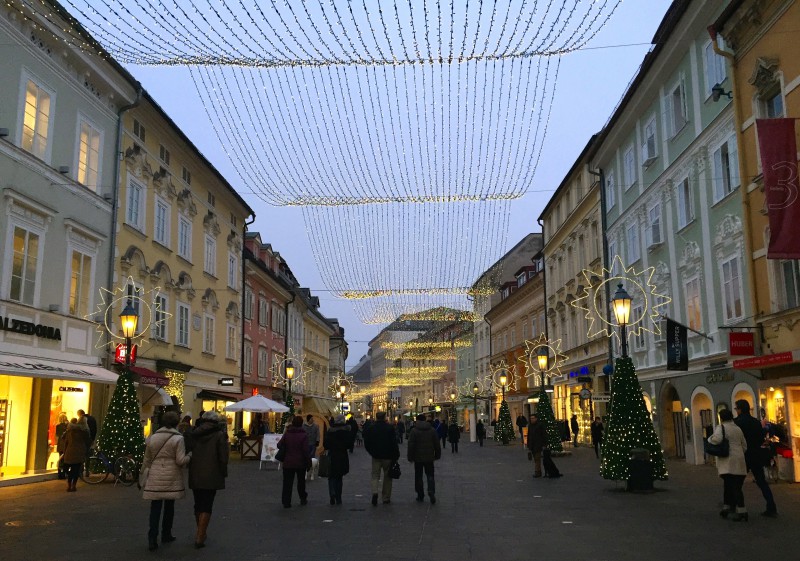 Growing up, my grandmother always told me stories about my Austrian heritage. She spoke so fondly of her memories in Vienna and how I had to visit. Before my second European trip began, I didn’t even know I had living Austrian relatives. Within a few email exchanges, I was set to meet everyone for the first time during my trip to Vienna. I was extremely nervous meeting my relatives. No one besides my grandmother had ever met our relatives and I had no idea what to expect. They fortunately exceeded all expectations and were ridiculously kind to me. After spending only a week together, they warmly invited me to spend the holidays with them — Fast forward to sitting in a charter bus driving across the Italian border back to Austria, I began reflecting on those past couple of months. It’s amazing how much had happened since that first email. I actually felt like I was going home for the holidays, yet I was still over 6,000 miles away from Los Angeles. 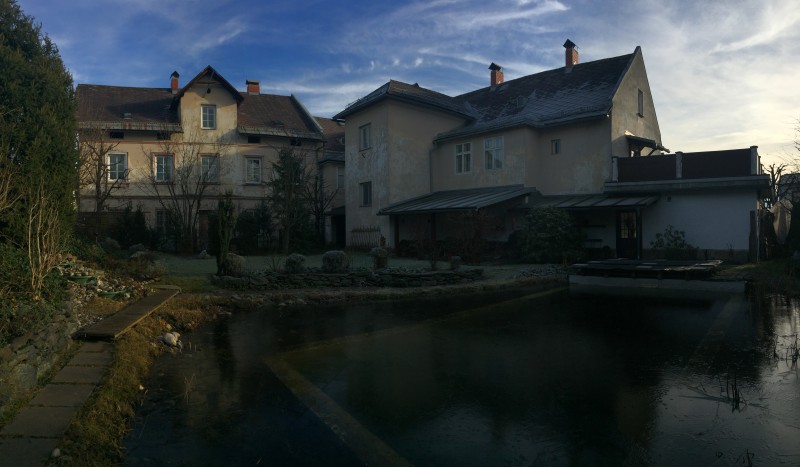 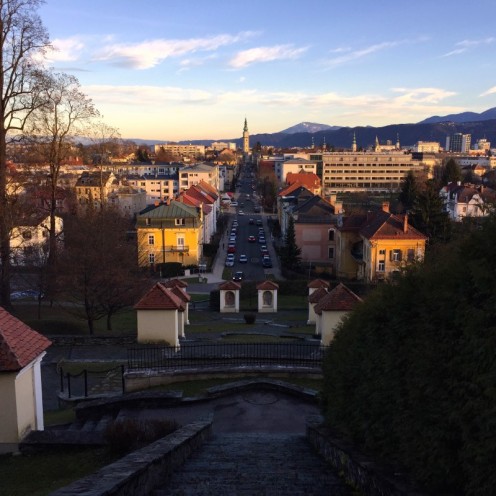 I arrived in Klagenfurt, a small suburban town in the south of Austria. I was picked up by my aunt Christine and whisked away to their gorgeous historic manor. I was absolutely amazed. I was so accustomed to hostels and staying in petite European apartments that being inside of such a gorgeous (and sizable) home was an unexpected treat. After a brief tour, I was shown to my room where I relaxed until the rest of my relatives arrived from Vienna. At sunset, we went to a local jazz concert in the center of town. Between each song, the performers would discuss the piece in German and converse with the audience. Not knowing a word of German, I sat there like a deer in headlights and drank multiple Spritzers to avoid eye contact. At least the music was lovely. The following morning, I received the grand tour of Klagenfurt. We walked around the foggy streets as my cousins, Nora and Cora, proudly explained each historic detail of their hometown. We concluded the tour at the Christkindlmarkt (Christmas Market) and grabbed some fire roasted chestnuts for the ride home. My numb fingers trembled each time I slipped my gloves off to crack open a chestnut, but it was totally worth it. Every night my relatives would make an unreal home cooked meal with the freshest seasonal ingredients, all delicately made from scratch. After dinner, Nora would braid my hair based on whatever YouTube tutorial she had discovered. She luckily loves braiding hair just as much as I love people playing with my hair. Throughout the week, I saw elegant castles of all shapes and sizes, Lake Worthersee where my relatives spends their summer days, and we even hiked up a peak for a quaint view of the town. With just a few days before Christmas, every day was full of festive activities. One night, after a few glasses of prosecco, we drunkenly decorated the Christmas tree while playing German Christmas jingles. Even thousands of miles away, it’s funny how similar our family traditions are. 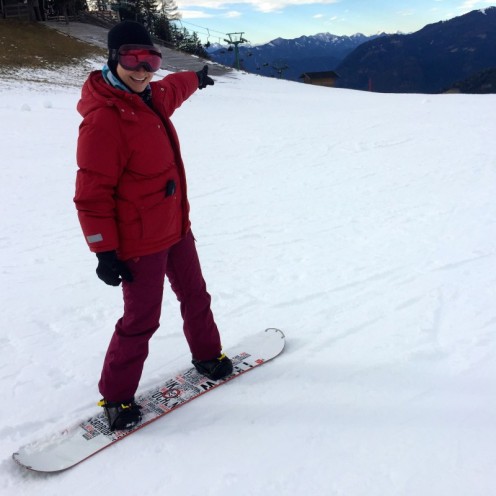 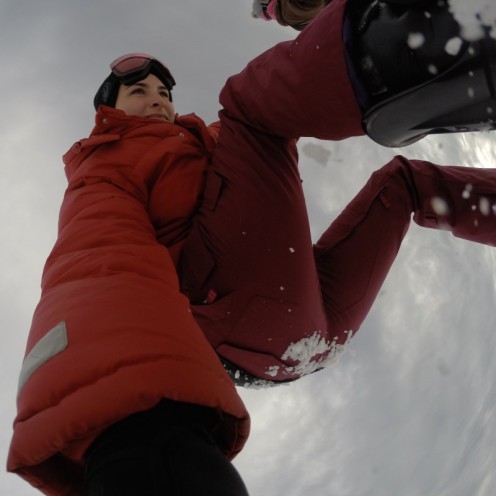 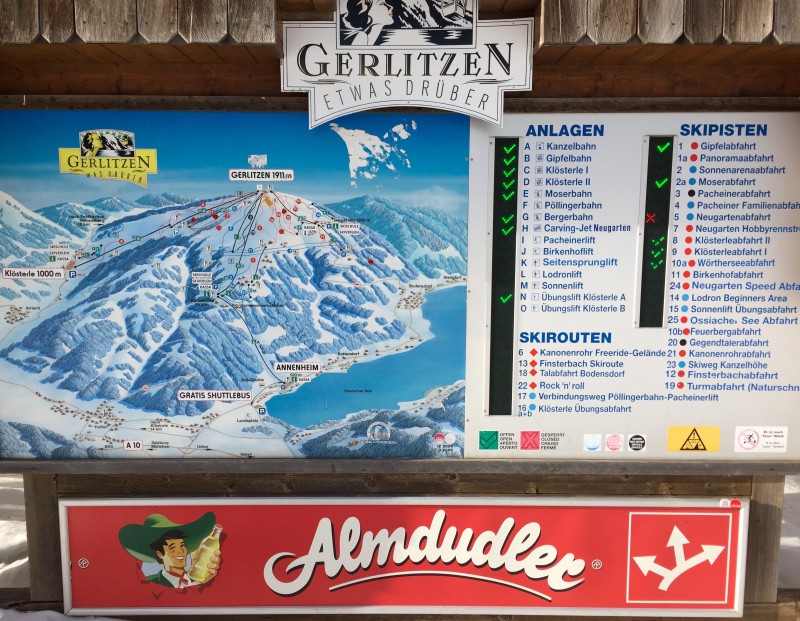 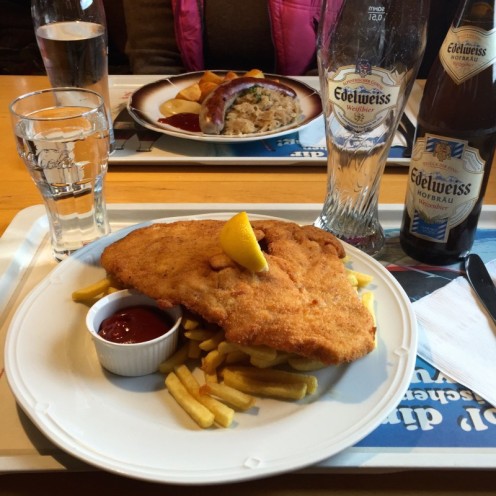 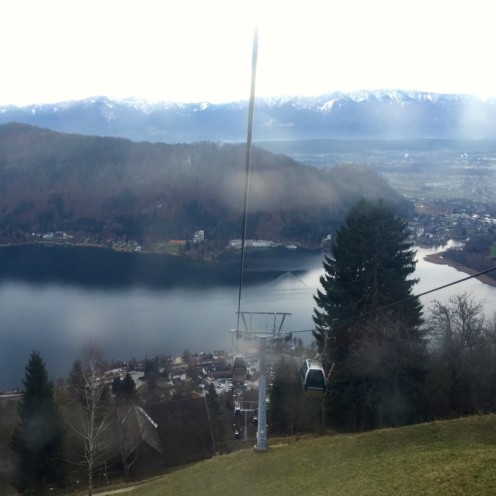 The following day we all packed in the car and drove down to Slovenia for a day trip to Ljubljana. It still baffles me how close countries are in Europe, my relatives explore neighboring countries like I explore neighboring cities back home. We drove the canyons through the mountains and in just a couple of hours we were sipping hot chocolate in another country planning our day. We left shortly after sunset to avoid traffic heading back into Austria. Just like a toddler, I quickly fell asleep in the car and woke up just as we pulled into the garage back home. After a long day out and an even longer day ahead, I decided to call it a night. The next morning, Nora and I woke up early to go to the snow. Even though I began snowboarding when I was nine-years-old, living in Southern California has limited me to how often I can go and which mountains I can easily access. Therefore, having the opportunity to board in the Austrian Alps was incredible, even if it was very early in the season, I was beyond grateful. We went to the top of Gerlitzen and spent hours riding each open trail over and over again. We took a brief break for some wienerschnitzel and a large Edelweiß Weißbier (German Hefeweizen brewed in Austria) between lifts. I could only imagine what Gerlitzen looks like during peak season, I never wanted to leave. 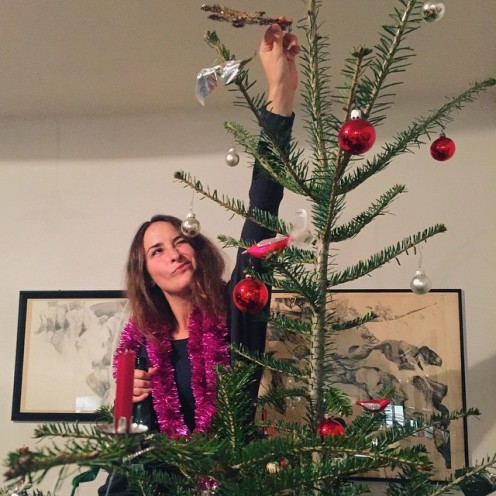 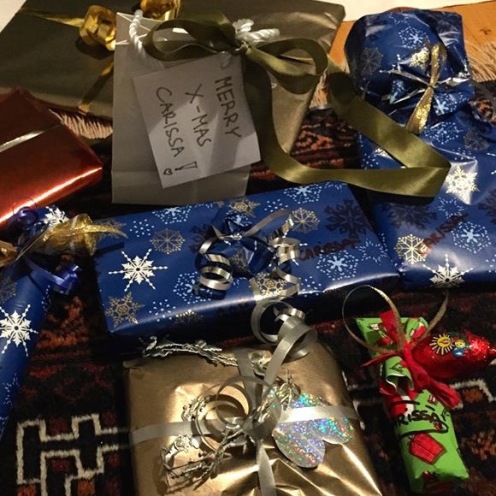 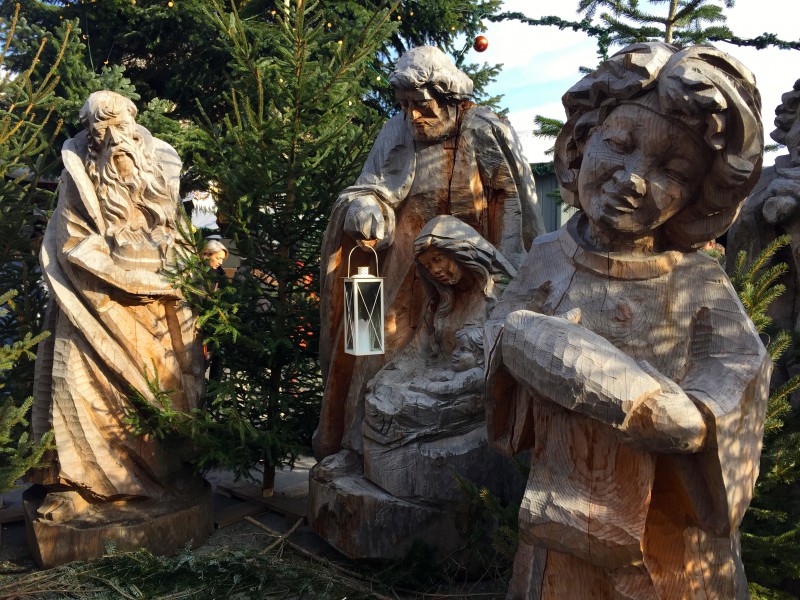 On Christmas Eve, I met even more distant relatives and shared drink after drink before and after every meal. We drank traditional hot punsch, sipped homemade infused rum, had bottles of wine, and even more bottles of prosecco. I honestly don’t know how we consumed as much as we did. Fortunately for the sake of my liver, we ate just as much as we drank. After dessert we all sat around the tree to open presents. I brought my glass of prosecco to the tree with the impression that I would be watching everyone else open gifts while I drank. Suddenly I was surrounded by piles of gifts, all elaborately wrapped and intricately packaged just for me. I shyly began to open my gifts and with every gift unwrapped, I felt a lump in my throat grow bigger and bigger until I was doing everything in my power to hold back my tears. In Vienna, I complimented this adorable beanie that my aunt Christine wore — so she bought cashmere and hand-knitted me a custom beanie just like hers. My cousin Cora copied and translated a family cook book and even converted the units of measurements so that I could make each recipe back home. While window shopping in Vienna with Nora, I pointed out a cashmere beanie (I have a thing for beanies) that I adored and regretfully didn’t buy. After I left, she bought it for me and saved it until I saw her again on Christmas. My uncle, Helmut, even tracked down rum chocolate for me because of a conversation we had months prior. Every gift was extremely sentimental and personal, I am so fortunate to be related to such thoughtful people. Ich liebe dich alle so sehr! On Christmas day, we took one last drive through the countryside, we had one last amazing meal together, and we relaxed before I had to pack up one last time. The following morning, I had to say a very difficult goodbye. Having to accept the uncertainty of when I would ever see my relatives again was the hardest part. Up until this point, I had been fortunate enough to live within a thirty mile radius of my entire extended family. Therefore, to have relatives this far away from home was (and still is) extremely difficult. With just one day before my international flight home, I hopped on a train, and headed to my final destination. 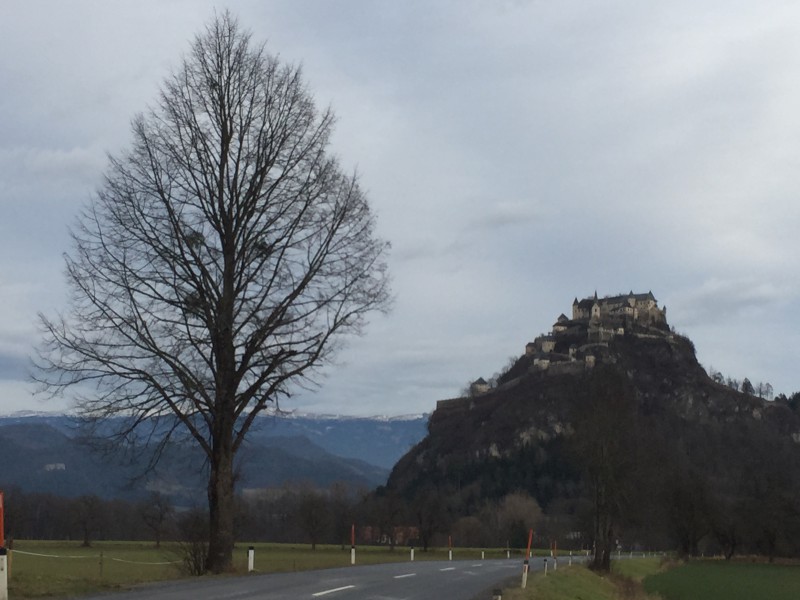